At some point during therapy with nearly every couple I’ve ever treated, I’d introduce the concept of the zero sum game. I’d explain that in order for one of them to “win” an argument their partner had to “lose,” which would often lead to the destruction of the important third entity, the relationship. For this reason, many therapists spend a lot of time in couple’s counseling working on improving how couples communicate.

But what if the zero sum game is playing out between couples because at a subconscious level their most basic beliefs aren’t compatible? What if couples argue, in fact, because those basic beliefs aren’t compatible? And what if the beliefs we’re talking about aren’t just any beliefs, but the single most important beliefs they each possess–their beliefs about what they need to be happy?

With this hypothesis in mind, let’s revisit and pressure test my assertion in Part One: that the reasons relationships fail is because people have beliefs about how to attain lasting happiness that are incompatible. For this to be the reason that all relationships fail, two things must true: 1) the beliefs we have about what will make us happy have to be so powerful they completely determine our life state and cannot be disbelieved or overcome by sheer will or effort and 2) there needs to exist only a small number of core beliefs about what will make us happy.

It turns out both are true. In our book The Ten Worlds: The New Psychology of Happiness, my co-author and I argue that, consciously or not, everyone is most motivated at the most basic level by their desire to be happy–more specifically, by their beliefs about what happiness means to them. It’s not the things that happen to us but rather our beliefs about the things that happen to us–that is, our ten beliefs about how things impact our happiness–that determine the life-condition in which we find ourselves from one moment to the next. Life-condition is defined as the character of our inner life. It reveals itself in ten different states, or worlds, each of which engenders a particular set of thoughts, feelings, behaviors, and energy level. Though we can find ourselves in any of the Ten Worlds at any moment, each of us tends to spend most of our time in just one of them – the world we come from (referred to as our basic life tendency).

Hunger: To be happy we need to get what we want

Animality: Happiness and pleasure are one and the same

Anger: To be happy we need to be better than everyone else

Tranquility: To be happy we need to avoid pain

Rapture: Our happiness is dependent on a specific attachment

Learning: To be happy we need to accomplish or experience something meaningful

Realization: To be happy we need to grow

Compassion: To be happy we need to make other people happy

Enlightenment: The universe and everything in it is sublime

Find out what World you come from, and learn more about the Ten Worlds.

For example, my wife and I both come from the world of Tranquility, which means we both believe most strongly that happiness is derived from peace of mind, security, and avoiding bad outcomes. So while we actually don’t have many shared interests and disagree about a multitude of issues that arise in our day-to-day lives, when it comes to what we ultimately want in life, we’re completely in sync. In contrast, one of my close friends who also comes from the world of Tranquility was married to a person from the world of Hunger. They were in fact best friends who seemed to have everything in common, shared many interests, and had a lot of fun together. But ultimately what she needed to be happy–the freedom to take the risks necessary for her to achieve her desires–was directly antithetical to the risk avoidant world of Tranquility. Ultimately, the relationship ended in divorce. Not surprisingly, for the longest time, they couldn’t articulate the cause of their distress because their beliefs about happiness were operating at a subconscious level. They just “felt” increasingly less happy. Once they were introduced to the Ten Worlds and recognized the differences between their basic life tendencies, the reason for their incompatibility became immediately clear to both of them.

Does this mean that if two people in a relationship come from incompatible worlds the relationship will invariably fail? No. But when a relationship does fail, I’m suggesting that if we dig deep enough, the root cause can be traced to an incompatibility between two of the ten core beliefs people have about happiness.

So why is it that some relationships with incompatible beliefs might survive while others might not? The full answer to this question is complex, but it basically boils down to how strongly people hold their beliefs. The reasoning here is simple: the more strongly we believe something, the more often–and easily–it will be activated and hence color our daily life experience (we call this the “stirring up of a belief”). Moreover, the more strongly held the belief, the more intensely it will impact our life-condition (i.e., thoughts, feelings, mood, behaviors, energy level, etc.) whenever it’s stirred up. So, for example, if someone is from the world of Tranquility and strongly believes that to be happy he must avoid pain at all costs, even the smallest threat to his peace of mind (e.g., an off-hand negative comment from his boss, a dip in the stock market, a bad grade earned by one of his children, etc.) will send his life-condition plummeting. Conversely, if he believes less strongly that to be happy he must avoid pain, it would take a much more significant event (e.g., getting fired) to stir up that belief and cause a reaction (e.g., panic), a reaction which might then be viewed as more appropriate by a significant other and therefore cause less conflict in the relationship.

So, again, let’s apply this construct to a relationship. If a couple comes from incompatible worlds whose core beliefs they each hold strongly, finding harmony could be challenging, like in the Hunger and Tranquility example above. The woman in the relationship placed no value on peace of mind as a path to happiness, while for the man peace of mind represented the literal definition of happiness. Consequently, not only did they find it challenging to be empathetic and supportive of each other, but also they would trigger and exacerbate each other’s negative emotions (e.g., anxiety, anger, depression, etc.), and their ability to be happy together steadily diminished. With this in mind, the value of understanding your own beliefs about happiness and those of your significant other become obvious. Not only will it help you understand and gain more control over your own life, but it will also help you understand, empathize, support, and avoid triggering negativity in your partner. It also might help you understand earlier in a new relationship whether or not there are some very real barriers to life-long harmony and enduring happiness. 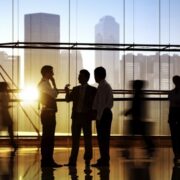