“Why do most relationships end?” That’s the single most common question I’m asked when someone finds out I was a family therapist. Over the years, my answer has evolved. The more I trained, the more couples I treated, and the more supervision I received and conducted, the more informed my answer became. Still, I’ve always felt that all the answers I’ve ever given have been only part of a bigger and more holistic answer — that there does exist one single answer: the reason for every failed relationship, not just some or most of them.

Early in my career, the answer centered on poor communication as a key cause of relationships failure. That was the easy answer — Mars and Venus. Yet while broken communication was often the symptom that brought people into therapy, it would invariably prove to be a manifestation of a more insidious underlying cause. But poor communication was a tangible answer and suggested a clear strategy for treatment, so it was a solid answer – but not the right one.

That answer gave way to the “you complete me” explanation for why relationships fail. The theory here is that opposites initially attract because it’s a safe way for a person to have a relationship with a suppressed part of themselves – but over time such differences spell doom for the relationship. The “neat freak” is attracted to the “free-spirited adventurer” but then later divorces him for leaving the cap off the toothpaste all the time. It was an entertaining answer for which innumerable anecdotes could always be found, but was far from the singular answer I was seeking.

As I began doing my post-doctoral training in Marriage and Family Therapy, I was drawn to John Gottman’s breakthrough work on the primary cause of divorce. His view represented the first time I saw a model that brought science and “analytics” to predicting divorce. By examining the prevalence of a very specific communication pattern between couples – criticism, defensiveness, contempt, and withdrawal – Gottman could predict with remarkable accuracy the likelihood of a divorce outcome. It was good stuff. I used it to help a lot of couples. But as with the communication answer, Gottman’s pattern was often the manifestation of something deeper that was happening between the couples.

I decided to amp up my search for an answer by making it the topic of my doctoral dissertation. I would examine every psychological model put forth that purported to explain relationship dysfunction and determine which one provided the most holistic answer to the question of why relationships fail. There are dozens of models, all offering cogent explanations for why many relationships failed or became dysfunctional. Ultimately, the model I believed to be the most holistic was called Internal Family Systems, or Parts Model, named for its reference to an individual’s internal community, or “family,” of parts. A Family Systems therapist named Richard Schwartz had created it. I chose his model because it offered an alternative to the conventional view that people conceive of themselves as one indivisible whole, one cohesive identity. The Parts Model defines each person as a system of separate parts, each with their own roles and agendas. It explores the polarity between parts that don’t get along. Every part always acts based on reasons it finds compelling. Internal Family Systems Therapy tries to uncover those reasons to understand how our different parts think and therefore why they behave as they do. The application of the Parts Model to couples counseling proved to be powerful and compelling. I used it to determine which part of one person was activating a specific part of another person. When too many of the parts didn’t get along, that would invariably spell doom for the relationship. I was able to apply this model successfully in every couple’s case I treated or studied. However, while I found this to be the most compelling model for therapeutic treatment (and a successful dissertation), it was not the singular answer I was seeking. There were, obviously, as many dysfunctional part combinations as there were couples. At that point I had to entertain the possibility that the answer was that there was no single, holistic answer to the question of why relationships fail, but rather, that every relationship fails for a different and unique reason.

Twenty five years later, I would co-author a book titled The Ten Worlds: The New Psychology of Happiness in which we attempted to answer an even more ambitious question: how can we achieve enduring happiness no matter what happens to us? While trying to answer that question, it occurred to me that instead of asking why relationships fail, perhaps I should be asking why people enter into relationship at all (psychologically, not biologically). That answer, of course, is because they think it will make them happy. By that logic, the answer to why relationships fail is that they cease to make at least one person happy. An unsatisfying answer because once again there could be innumerable reasons why a person becomes so unhappy in a relationship that they decide to end it.

Or are there? I didn’t know it at the time, but this latest dead end moved me one step closer to the answer I was seeking. Ironically, it came to me long after the book was completed while I was reading it to prepare for an interview about how the findings in the book are applicable to relationships. The reasons relationships fail is because people have beliefs about how to attain lasting happiness that are incompatible. Unlike the Parts Model where the combinations can be indefinite, we argue in The Ten Worlds that there are ten, and only ten, core beliefs about how to attain happiness. Applying that to couples means that there is a finite and highly definable set of possible combinations – and reasons – for why relationships fail. One hundred combinations to be exact. What are those beliefs? Which beliefs are the most compatible and which are not? Why do they get activated in some couples and not in others? Those are just a few of the questions I’ll address in Part 2. 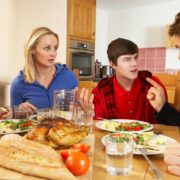 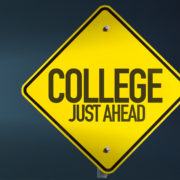 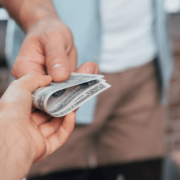